Father Joseph Lubrano, SDS and Diocese of Birmingham in Alabama Council of Catholic Nurses (DBACCN) invites you to St. Joseph Catholic Church for the Holy Sacrifice of the Mass for the intention of all the victims of the pandemic, its imminent cessation and all health care workers and caregivers. During the Holy Sacrifice of the Mass, the relic of Blessed Hanna, who was a model for serving the sick will be introduced. 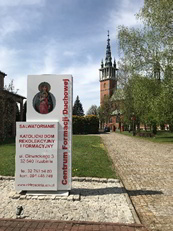 Born in Warsaw, Poland, Blessed Hanna worked with the Archdiocese of Krakow coordinating volunteer Catholic nurses, religious sisters, students, seminarians and clergy to look after the sick and homebound. She showed Bishop Karol Wojtyla (later Pope St. John Paul II) the living conditions of the sick and abandoned and instigated home Masses for the shut-ins.

Blessed Hanna had a special relationship with the Salvatorians in that she instituted retreats for the handicapped and housebound at the Salvatorian Retreat Center in Trzebinia, a city near Krakow. Her picture has been given a place of honor on one of the pillars inside their main church.

Under her influence, Cardinal Wojtyla made February 11 an Archdiocesan Day of prayer for the sick and those who look after them. As Pope John Paul II, he made the feast of Our Lady of Lourdes, the International Day of Prayer for the Sick to be celebrated by the universal church.

The Holy Sacrifice of the Mass will take place on Friday, February 11, 2022 at 6 p.m. This day is the World Day of the Sick. During the Holy Mass, the Sacrament of the Anointing of the Sick will be administered. 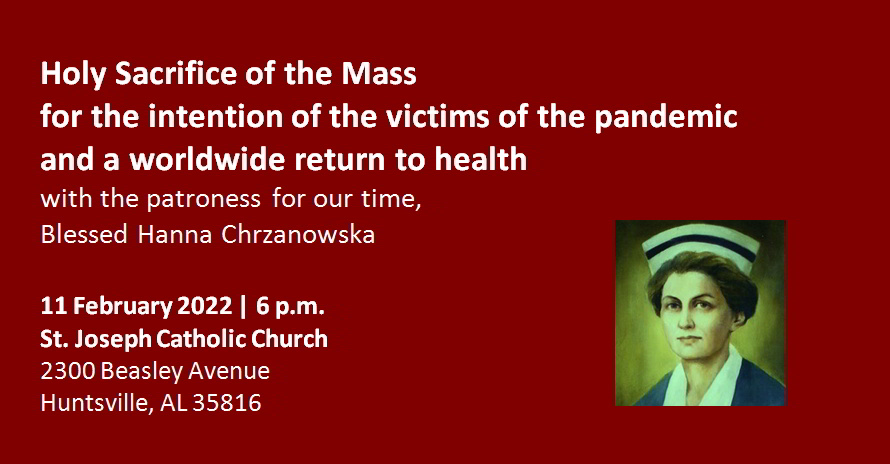