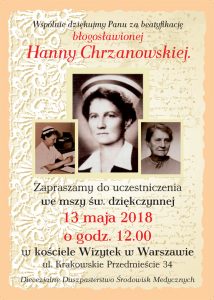 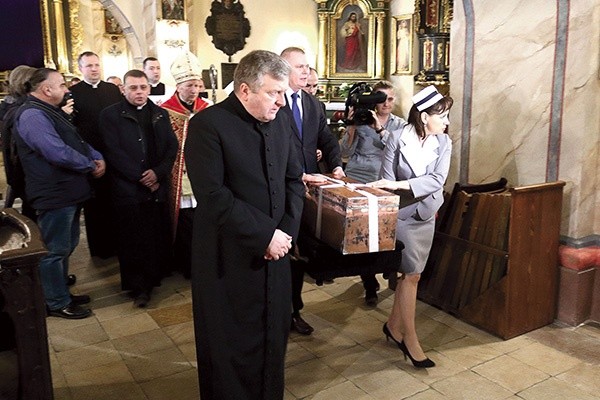 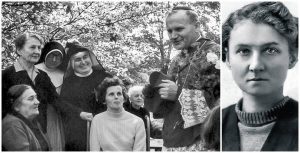 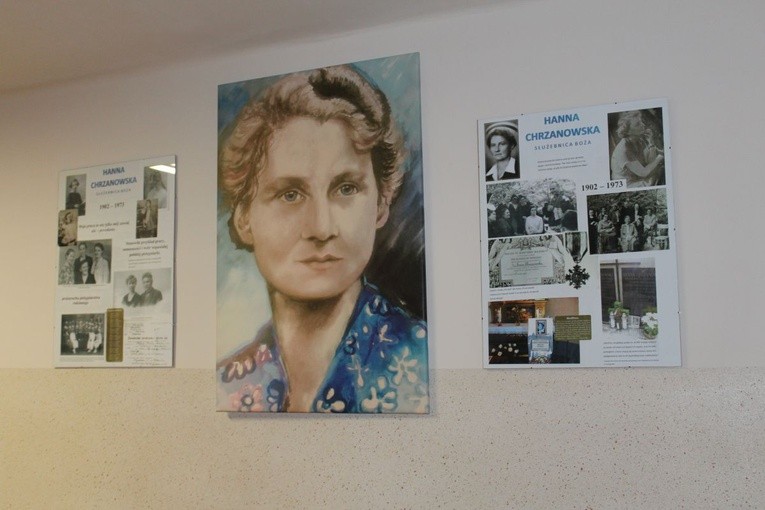 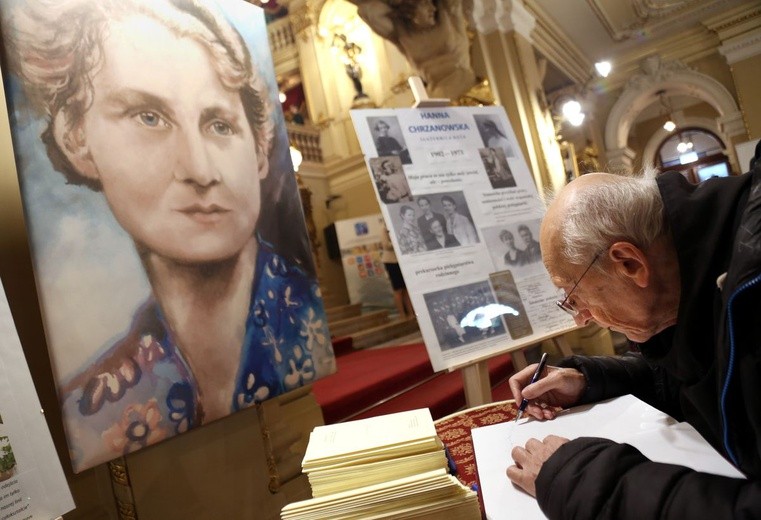 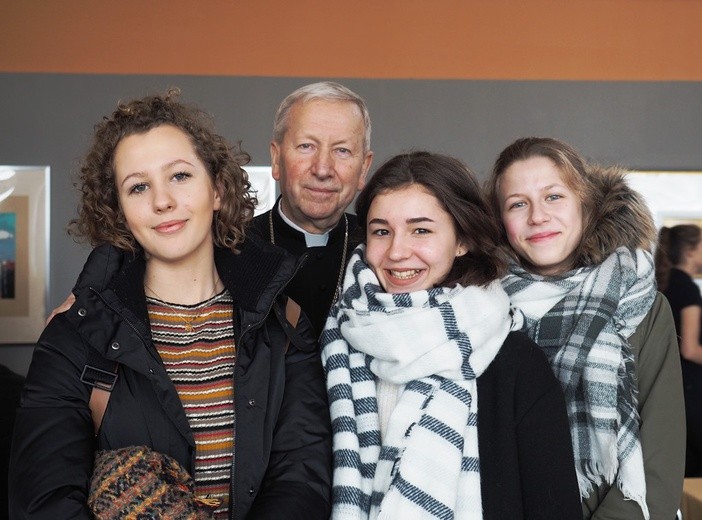 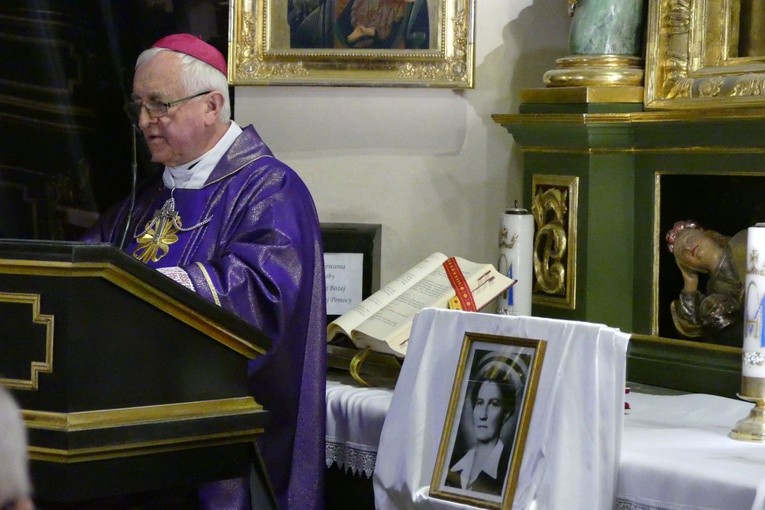 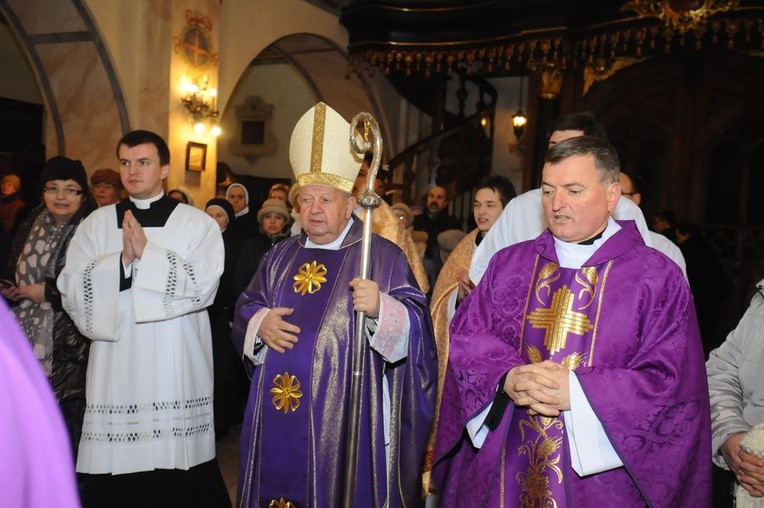 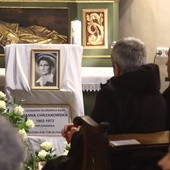 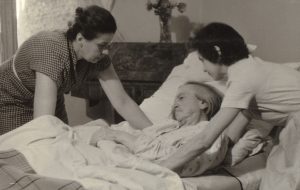 The Faculty of Social Sciences of the Pontifical University of John Paul II in Krakow invites you to the scientific conference “Sister of our God – on the eve of beatification of Hanna Chrzanowska”, which will take place on April 12, 2018 in the hall at ul. Bernardyńska 3. Starting the meeting at 10.00.

The conference will consist of two parts. In the first (10.00-13.00) there will be five lectures devoted to Hanna Chrzanowska’s sanctity and the work she has begun and which continues to this day, providing inspiration to those who help the sick and the needy. Part two (13.45-15.45), panel, is a meeting with the witnesses of the sanctity of Hanna Chrzanowska and those whose character of the Servant of God inspired her own deep religious reflections and literary creativity.

Dean of the Faculty of Social Sciences

Part I (lectures and discussion)

Program devoted to the figure of Hanna Chrzanowska on the Polish Catholic television TV Trwam.

On Wednesday – April 4 – at the church of Saint. Nicholas in Krakow held a solemn transfer of the mortal remains of the Venerable Servant of God Hanna Chrzanowska from the underground of the temple to the chapel dedicated to celebrate the future Blessed. They were deposited in an alabaster sarcophagus, which is a gift from Polish nurses and locals.

With the singing of the Litany to All Saints, the mortal remains were solemnly brought to the temple. Prayer was presided over by Fr. Bishop Jan Zając. The copper coffin with the remains of Chrzanowska was affixed with the seals of the Archdiocese of Krakow, and then put into an alabaster sarcophagus, which was placed at the late-gothic altar with the scene of the Coronation of Mary.

At the age of the sarcophagus there is an inscription: “Blessed Hanna Chrzanowska, nurse,” and on the corpus – the cross and the date of birth and death of the Servant of God. For now – until the beatification – it will be covered. After the ceremony, which will take place on April 28 at the Sanctuary of the Divine Mercy in Kraków-Łagiewniki, the faithful will be able to pray there next to the relics of the future Blessed. A painting with the image of Hanna Chrzanowska will also hang on the side wall of the chapel.

As Fr. Dr. Andrzej Scąber, the delegate of the Archbishop of Krakow for canonization, the ceremony of transferring the temporal remains of the Venerable Servant of God Hanna Chrzanowska, was the complement of what took place two years ago at the Rakowicki Cemetery. – Exactly two years ago, on April 6, 2016, there was an exhumation, a recognization, that is, the recognition of remains and the collection of small fragments to future reliquaries and

transferring them to the church of St. Nicholas in Krakow – the priest explained and added that during these two years the bones rested in the basement of the temple, waiting for the papal decision regarding the miracle. – When the Holy Father approved the miracle through the intercession of Hanna Chrzanowska, it was possible to set the date of beatification. The Secretariat of State at the request of the Archbishop of Kraków confirmed the date which will take place on April 28, 2018 at the Sanctuary of the Divine Mercy – reminded Fr. Scaber.

Rekognicja, download of the relics belongs to the essential elements of the canonization process. This is most often done before the beatification itself, in order to take out the small bones of the skeleton, which are then intended for the relics, to honor the faithful who ask for it. – These relics will be able to acquire primarily parish communities, hospital chapels, and in exceptional situations, private persons – the priest told us.

When the skeleton was cleaned, preserved and secured two years ago, the bones on the relics were secured. – Today, other parts of the bones of the Servant of God have been chosen for these separate parts, which will soon become relics. The postulation has prepared one hundred capsules with relics. However, many more relics have been collected than at the moment there is a need, due to the fact that the next recognizing can only take place before canonization, so we do not know when – maybe in a couple, maybe in several dozen years – noted Fr. Scaber.

Part of the relics will be transferred to the parish, which indicates that they are interested in relics, and some will be kept in the church vault.

April 1993. After the Mass in the Basilica of the Franciscans, Fr. Bp. Stanisław Smoleński in the twentieth death, among the gathered nurses, the sick and their guardians, a request for efforts to initiate the beatification process of Hanna Chrzanowska was made. The application was made by the nurse Zofia Szlendak – Cholewińska.

December 4, 1995. During the canonical visitation of the parish Nicholas in Krakow by HE, priest Cardinal. Franciszek Macharski, after a meeting with representatives of the Health Service, the Board of the Catholic Department of the Association of Polish Nurses and Midwives with its president Izabela Ćwiertnia, priest and midwife of priests Kazimierz Kubik, he asked Fr. Cardinal with a request to initiate efforts to elevate Hanna Chrzanowska to the altars.

March 1997. The Polish bishops gathered at the 287th Conference of the Polish Episcopate expressed a positive opinion on the appropriateness of initiating the trial.
Appointment by Fr. Cardinal F. Macharski of the Historical Commission chaired by prof. dr hab. Urszula Perkowska and members of nurses: Krystyna Pęchalska and Maria Przybylska.

October 1998. The end of the work of the Historical Commission. Parish priest of Saint. Nicholas Monsignor Antoni Sołtysik turned in an official letter to the Cardinal for the opening of the beatification process of Hanna Chrzanowska.

On November 3, 1998, HE Cardinal Franciszek Macharski issued the decree solemnly opened the beatification process.
The court was sworn in at the chapel of the Krakow Archbishops. The ceremony was given by the Cardinal in the presence of the appointed referent for canonization priest prof. hab. Stefan Ryłko. Assistants of Father Andrzej Scąber and priest Andrzej Grodecki. The postulator was sworn in by priest Antoni Sołtysik – parish priest of St. Mikołaj, vice postulator – nurse Helena Matoga, notary lawyer, nurse Maria Cherian.

May 1999. In the church of St. Mikołaja w Krakowie On every third Wednesday of the month, prayers are being held to raise Hanna Chrzanowska to the altars. It is also a day of formation meetings for nurses and midwives.
The interrogation of the witnesses of life and the work of the Servant of God Hanna Chrzanowska began. Over 70 people were interviewed.

December 30, 2002. Solemn closure of the beatification process at the diocesan level, Servant of God Hanna Chrzanowska by HE, Cardinal F. Macharski.

January 30, 2003. Transfer of procedural documents to the Congregation for the Cult of Saints at the Holy See. Roman postulator of the beatification process was elected priest. prelate Mieczysław Niepsuj, director of the Polish Home in Rome. Documents were delivered by: Postulator Antoni Sołtysik together with priest Kazimierz Kubik.
The development of POSITIO has begun.

30 September 2015 during an audience in the Vatican for the prefect of the Congregation for the Causes of Saints, Card. Angelo Amato, Pope Francis confirmed the decrees on the heroic virtues of the Servants of God, Fr. Franciszek Blachnicki and nurse Hanna Chrzanowska.

On April 6, 2016, the mortal remains of the Venerable Servant of God were moved from the Rakowicki Cemetery to the crypt of the church of St. Nicholas in Krakow at ul. Copernicus 9.

December 7, 2017 issue of the Decree by priest Archbishop Metropolitan of Krakow Marek Jędraszewski, who appointed the Organizing Committee for the preparation of the beatification ceremony planned for April 28, 2018, on the eve of the 45th anniversary of the death of the Servant of God.